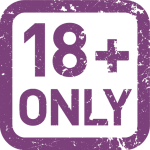 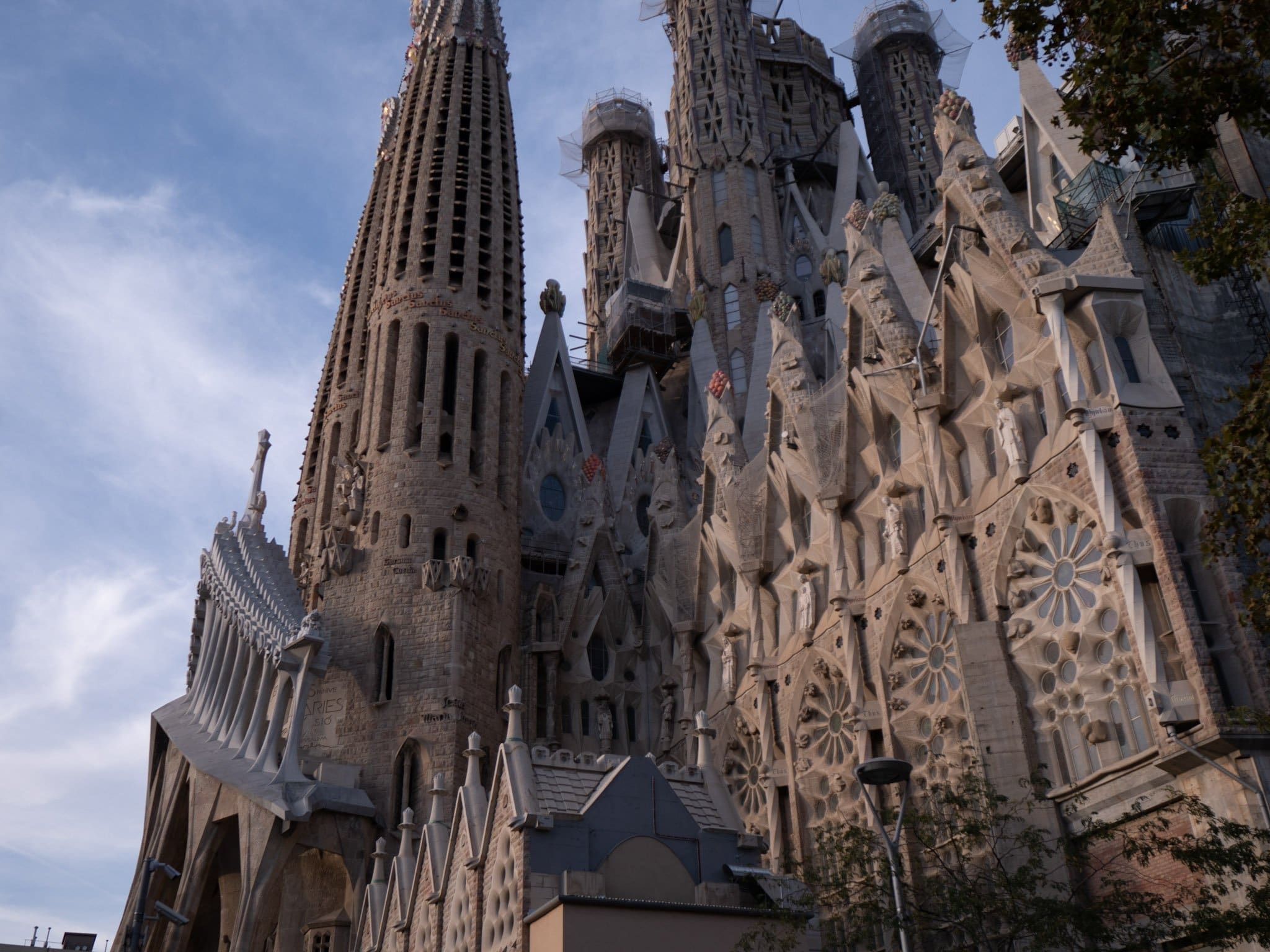 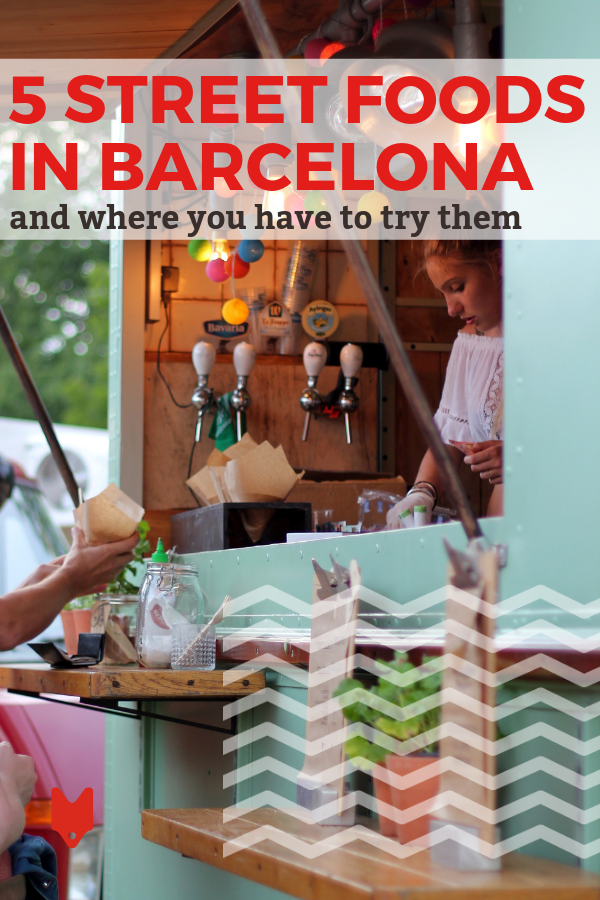 While most street food in Barcelona won’t come on wheels, each of these are worth a stop between sightseeing, whether you sit down or grab them on the go!
You aren’t likely to see refurbished mail trucks dishing out traditional food lining the ramblas of Barcelona. Eating on the go is a bit of a foreign concept to us here—we want to sit down with our snacks and enjoy the company across the table.

That being said, Barcelona is home to lots of delicious bites that you can grab quickly while in between sights. And we do even have some street food markets, which you can find at the end of this post.

Here are our favorite street food bites in Barcelona—whether you choose to sit down or enjoy them as you walk the winding streets of the Gothic Quarter is up to you! 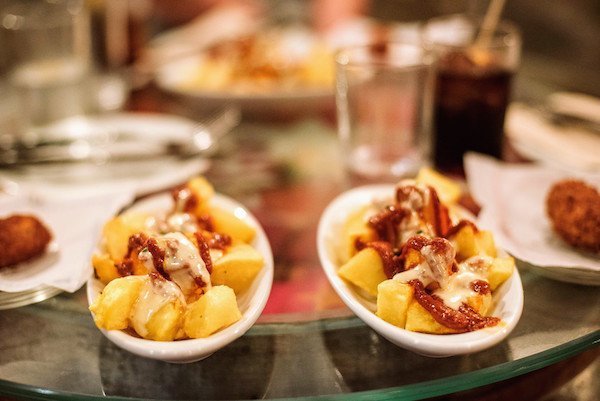 You’ll find these “bold potatoes” on almost every menu in Barcelona, but all bravas are not alike.

Be careful with impersonators that come with only mayonnaise and ketchup, and ask about the sauce beforehand. Don’t expect an overly spicy flavor, but rather a bold and savory mixture of paprika and garlic sauce.

Where to find them: Rekons, in the Sant Antoni neighborhood, are known for their artisanal empanadas, but their cazuela de bravas has a sauce that is unreplicable. Open from 10 a.m. to 12 a.m. every day and always bustling with locals at peak times, be sure to get there before the lunch and dinner rush if you don’t want to be left out.

In Catalan the word entrepà literally means, “between bread.” The bread these sandwiches come between can be anything from slices to a soft baguette, but it is the ingredients between the bread that really matters.

Where to find them: The classic Barcelona establishment, Bo de B. For years they’ve specialized in salads and sandwiches packed with flavor and ready to take to the beach just steps away. These sandwiches are literally bursting at the bun with ingredients ranging from smoked salmon to black beans and rice, and of course a range of sauces to add. The bottom line? This is not your average bocadillo.

Insider’s Tip: There is almost always a line at prime lunch time, so plan accordingly! 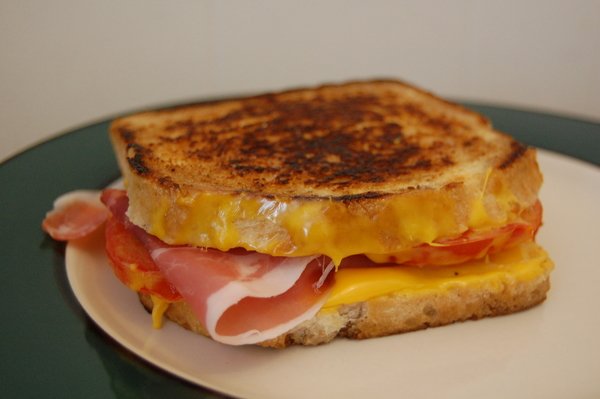 No, we aren’t talking about what you wear to the beach! This ubiquitous sandwich owes its name to none other than a Barcelona nightclub called Sala Bikini.

In the 50s, aside from being a hot spot for music and dancing, they served a version of the French croque monsieur and it became known as simply “the bikini.” Its popularity gradually took over and the sandwich gained a name for itself outside the club. They are the perfect mid-morning pick-me-up to grab when your energy gets low as you explore the city!

Where to find them: Everyone seems to agree that you can’t leave Barcelona without trying a bikini at Tapas 24. A twist on the classic ham and cheese, this bar adds black truffle to the sandwich, taking it to a new level. 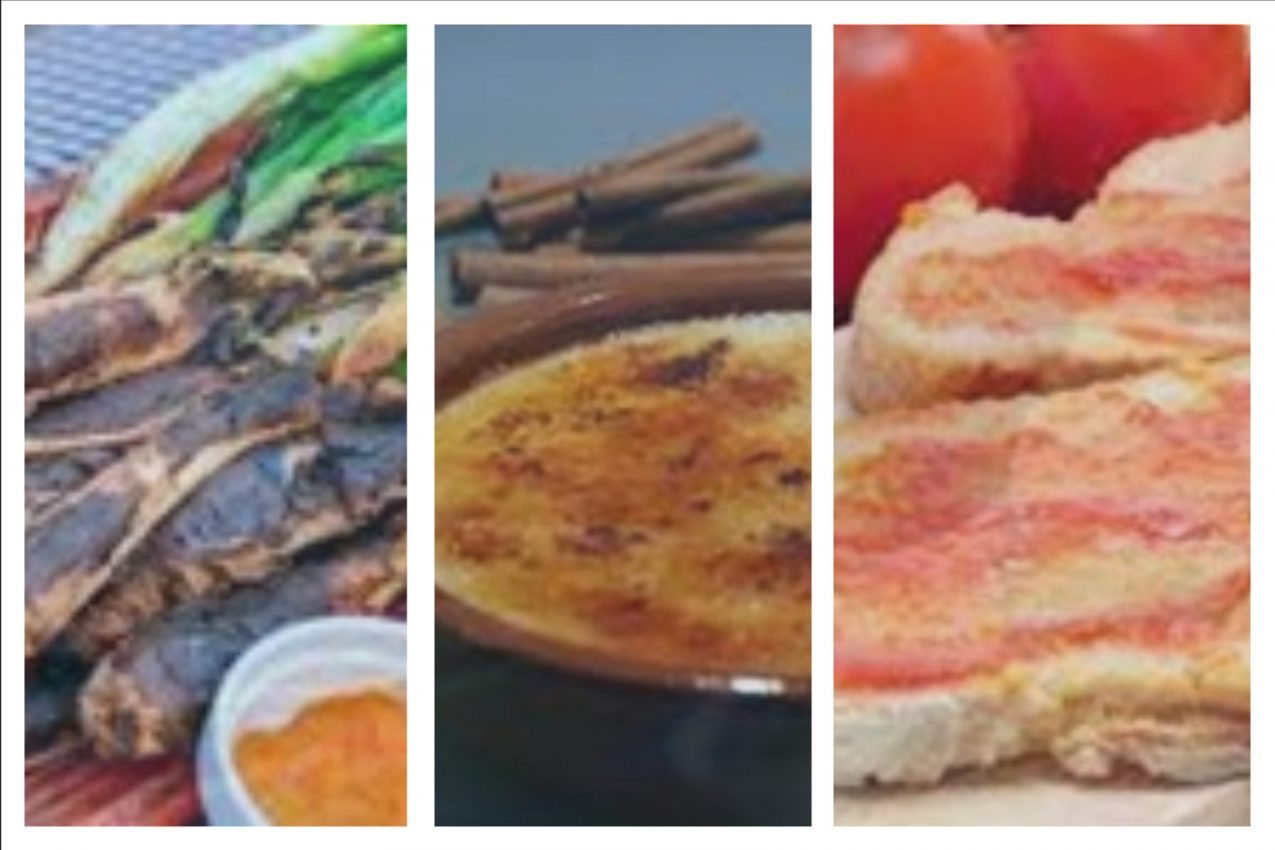 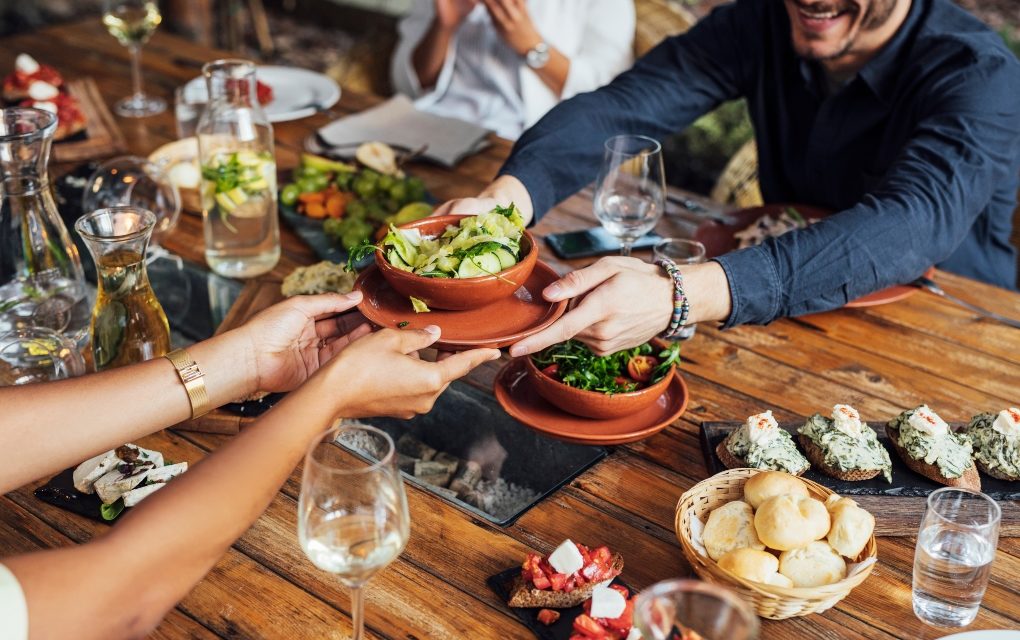 The 7 best vegetarian restaurants in Barcelona

Performance cookies are used to understand and analyze the key performance indexes of the website which helps in delivering a better user experience for the visitors.

Analytical cookies are used to understand how visitors interact with the website. These cookies help provide information on metrics the number of visitors, bounce rate, traffic source, etc.

Advertisement cookies are used to provide visitors with relevant ads and marketing campaigns. These cookies track visitors across websites and collect information to provide customized ads.

Other uncategorized cookies are those that are being analyzed and have not been classified into a category as yet.

You don't have permission to register

LOGIN
× Chat with us